The Primatial Basilica of Esztergom, the seat of the Catholic Church in Hungary, is the 3rd largest church in Europe. In the church crypt there are more than 100 resting places of priests and bishops (including the grave of archbishop József Mindszenty who has made the basilica an important pilgrimage site). Its 72m-high central dome can be seen for many kilometres around. The altarpiece depicting the Assumption of the Blessed Virgin Mary, by Girolamo Michelangelo Grogoletti, is the largest painting in the world painted on a single piece of canvas. The basilica is also known for Bakócz Chapel, built by Italian masters between 1506–1507 out of red marble and its walls adorned with Tuscan Renaissance motifs. It is the most precious remaining example of Renaissance art in Hungary. 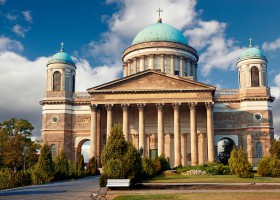 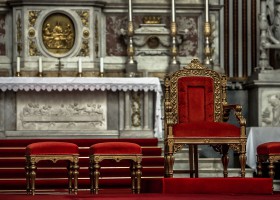 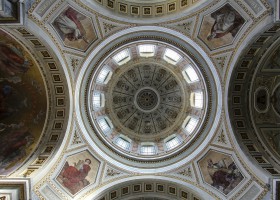 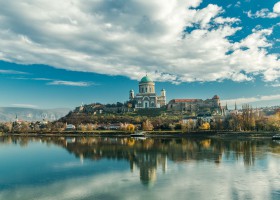 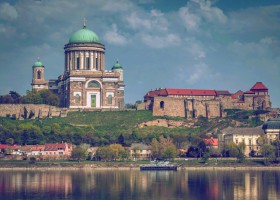 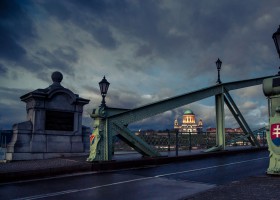