Prague, the capital of the Czech Republic and the historical heart of Bohemia, is one of the most beautiful cities in Europe and is also known as the Golden City or the City of a Hundred Spires. Prague is rich in architectural styles – from Romanesque rotundas through Gothic towers, Renaissance manor houses to Baroque churches, Jewish synagogues and monasteries. Last but not least, Secessionist and Modernist buildings.

Prague straddles the Czech Republic’s longest river, the Vltava. Its centre consists of five historical towns, which are linked by the historical Charles Bridge over the Vltava. On a hill above the west bank lies Hradčany, the castle district, with Prague Castle and St. Vitus Cathedral. Prague Castle was founded in the 9th century and is the largest coherent castle complex in the world. A unique feature of the Prague Castle is the Golden Lane – with its miniature houses built in the 16th century within the fortification walls of the Castle. Beneath Hradčany lies Malá Strana, the 13th century “Lesser Town”. The finest panoramic views of the city can be admired from Petřín Hill, south and behind Malá Strana. The Old Town (Staré město) with its Old Town Square (Staromestské naměstí) is on the east bank of the River Vltava. Josefov – the former Jewish ghetto is in one corner of the Old Town. The New Town (Nové Město) forms a crescent round the Old Town to the south and east, including Wenceslas Square (Václavské náměstí). 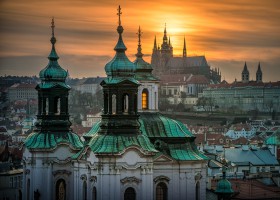 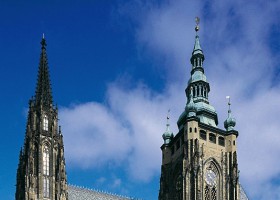 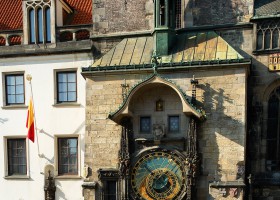 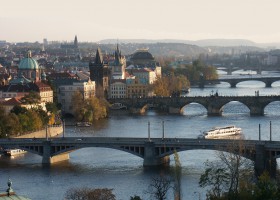 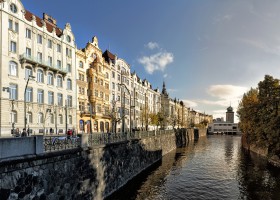 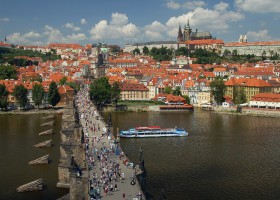 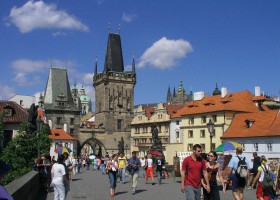 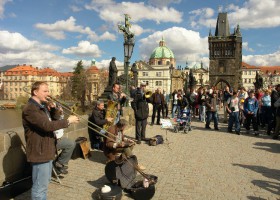